One of my goals during my around-the-world journey is to meet all the rules set by Guinness Book of World Records for a circumnavigation. This will qualify me to join one of the most exclusive clubs in the world; The Circumnavigators Club. It is the only club in the world dedicated for men and women who were able to circumnavigated the globe.

One of the videos on YouTube that inspired me to do an around-the-world journey was CNN’s Richard Quest's Around the World in 8 days, using only budget airlines. Part of his quest (pardon the pun) is to also join this exclusive club.

It is great to belong to an organization composed of people with the same mentality, interests, and passion as yours. 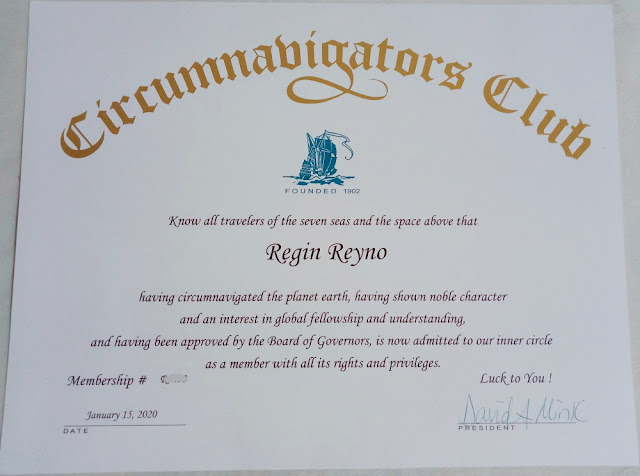 It was introduced to me by Neil Mandt; the director, actor, and producer of one of my favorite travel movies, Last Stop For Paul.

Upon learning about it, I made it a goal to join this wonderful brotherhood of around-the-world travelers.

To qualify for membership:

4. They have made useful contributions in their fields.

I finished Tuyok, my around-the-world journey on December 16, 2019. And, on January 15, 2020, I officially became a member of this club, after the approval of the club’s Board of Governors!

I received an email from the president, then documents arrived by post. 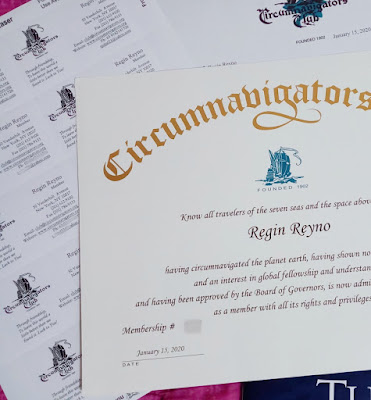 These are some of the benefits of being part of this club:

I am so happy and felt fulfilled and accomplished to be able to join this exclusive club. The main headquarters is in New York City, USA, but it has chapters in many cities around the world; the closest to me being Singapore.

Before writing this article today, I was reading The Log; the club’s official publication. I was amazed by this club’s members. I’ve just read some articles.

Albert Podell's, How to Get Some Un-recognition. He wrote about his experiences visiting quasi-countries: “countries” where nobody wants to go. It’s amazing.

And another one. Circumnavigating The North American Continent: Adventure in the Ice, written by Charles and Cathy Simon. It tells about their 2017-18 voyage through the Arctic and the Panama Canal to be among the very few to sail around the North American continent. This amazing couple did it via their saildboat, named, Celebrate.

For the photography contest, the shots submitted by the members who participated are stunning! 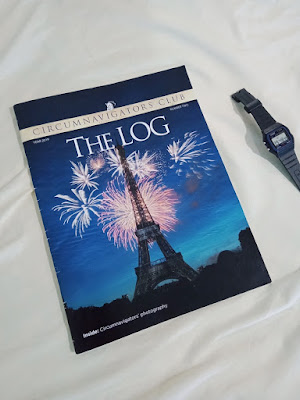 I am really happy to be able to join this club of passionate and accomplished travelers.

I remember watching the movie, Last Stop for Paul, for the first time in 2011. I was amazed by their around the world trip. I remembered how I really wanted to experience it, too. And now, not only did I experience it, but is now friends with the director/actor and belongs to the same club with him.

I’m looking forward to meeting him and other amazing circumnavigators at the club’s Annual Meeting and Luncheon.

Praise God, for this privilege.