Sometime in 1992-1995, the president of Cagayan Valley Sanitarium and Hospital, Dr./Pastor Loreto Garcia went to the Holy Land; Israel. Upon coming back, he spoke about his trip at one of the vespers meeting (Friday night) at CVSH conference room. He shared to us his experience.

I was still a small boy, sitting on one of the benches, being amazed by his experience. I remember he also had a big TV, showing us videos about the Holy Land: videos of people floating on the Dead sea, Jews in the old city of Jerusalem, Middle East produce such as olive oils, perfumes, and some herbs.

But what really stuck in my mind, is the video of people praying at the Western Wall also called the Wailing Wall. Many people, clothed in traditional Jewish costume, uttering prayers, even bowing.

He explained to us what is happening. He said, “These people write their prayers on a piece of prayer, then stuck it in the cracks or mortar joints of the wall.”

I was really fascinated. I also wanted to witness this ritual of the Jewish people. I told myself that one day, I will also go to the Holy Land and see this.

I didn’t when or how, as back then, traveling isn’t as common as it is today. And, I knew that Israel is far from where I was and the expenses is going to be expensive.

But, nevertheless, I believed that I can be there someday.

Fast forward to November 28, 2019, on a Thursday afternoon, I was at the Western Wall, in Jerusalem, Israel-witnessing people praying. 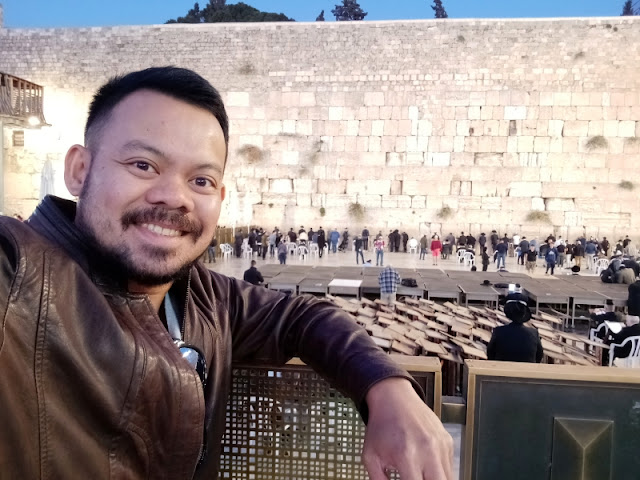 I remembered that time when I was a little boy sitting on one of the benches at CVSH conference room, listening to Dr. Garcia speak and watching videos of people praying at the wall. It was unbelievable.

It was almost twilight when I went inside the premises to pray. I wore a kippah. Anyone can go there and pray, regardless your religion and race, as long as you wear a kippah. They provide kippah for tourists. There’s also a place to wash your hands-as it is customary that Jews wash themselves before praying.

After praying, I just stood there and observed. I noticed some people were bowing, crying, raising their hands, repeating certain texts from the Torah. Others were just closing their eyes, bowing silently in reverence. Some were sitting down, Torah in hand, discussing their doctrines with each other. 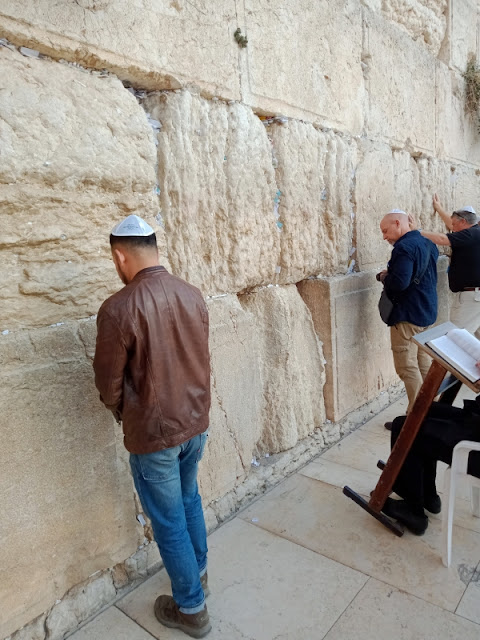 The Western Wall is a segment of the wall of the temple courtyard built by King Herod in 20 BCE. It is believed that the foundations to which the wall was built was the original spot in which the temple of King Solomon was built.

It is the holiest site to the Jews as they believe God’s presence dwells in His house of worship, in this case, the temple. Even it is just the wall of the temple courtyard, it is still very holy to them as it is close to the temple’s Holy of Holies, where now lies the Dome of the Rock, built by the Arabs during the Islamic occupation of Israel-in which Jews are not allowed to enter.

By the wall is a huge plaza, where people pray and worship. It can accommodate 60,000 people. Millions of people visit the wall every year. Tourists, travelers, and most especially, pilgrims.

At around 3:00 pm, I was already there. Jews where there, freshly bathed, their perfume making the air fragrant, dressed in their best clothes, ready to welcome the Sabbath.

Friday afternoon sunset is the start of the Sabbath. There were hundreds maybe even thousands of Jews that time, waiting for the sun to set. At about 4:00 pm they start to recite prayers. Chants were everywhere, people praying, wailing because of the destruction of the temple, and pleading for the coming of the Messiah.

Songs can be heard, dances of praises can be seen. The place became very loud. It is one of my most memorable religious experiences.

Before the place became so crowded, I took a piece of paper taken from my hostel. I wrote my prayer: a sincere request about something. I’ve been praying about that for months. So, there I was, finally had the opportunity to write on a piece of paper my plead: my petition, and symbolically send it to God by putting it in a place where His presence is strong-where He dwells. 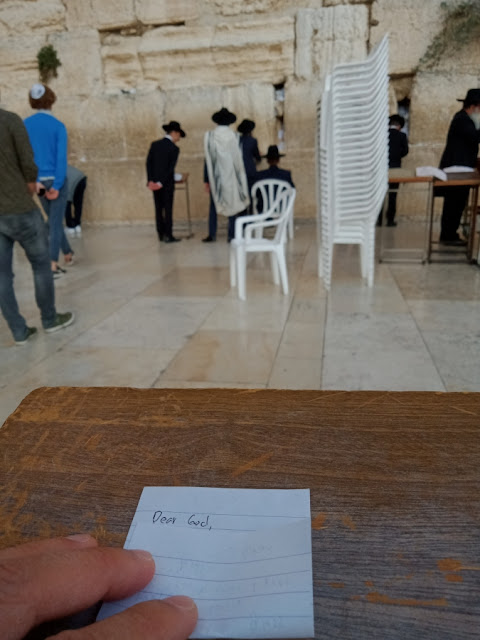 When the sun set and it was already dark, I went away, moved to a more peaceful part of the old city of Jerusalem. It is now Sabbath or Shabbat. It is a special day; God’s holy day made for His people.

I witnessed families walking, nicely dressed going to synagogues to worship. It reminded me of Friday evenings where I grew up. A time where together with my family or friends, we walk together, freshly bathed, going to church to worship.

I finally found a nice spot: on, literally, the wall of the old city of Jerusalem at the Armenian quarter. I sat there beholding two places: the inside of the old city and the outside. There was peace. A wonderful peace was felt on that holy Sabbath day. An experience I’ll never forget. 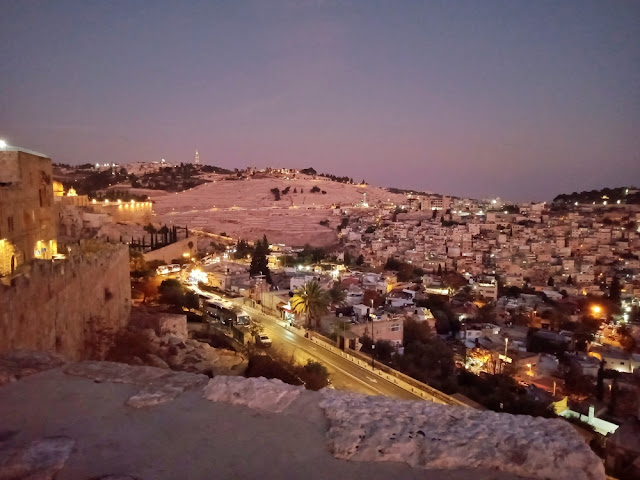 I praise God for the opportunity to visit this place.

P.S. My prayer request-written on that paper, inserted in the mortar joint of the Western Wall-was granted a few weeks after that day. Thank you, Lord. 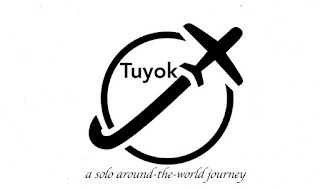