My alarm sounded at 4:00 am. I really wanted to have more sleep after days of traveling and having a few hours of sleep. But, that day was one of the most important days on my around-the-world-journey. I was about to explore one of my ultimate dream destinations; Chichen Itza.

Chichen Itza, one of the 7 Wonders of the World, is a place I’ve been longing to visit. I’ve watched documentaries about this place countless times. I dream that one day, I’ll be exploring this mysterious place. And that day was the day that dream became a reality.

After a warm shower at my lovely hotel; Hotel Chichen Itza-which by the way-was my best hotel on this journey, I headed to the lobby where a car was waiting to take me to the famous site. Together with another traveler from India, we departed at around 4:45 am, hoping to be at the site at 5am. It was Chichen Itza Sunrise Tour. We will be exploring Chichen Itza before it officially opens to the public. Which means, no annoying crowd, photo bombers, and vendors. 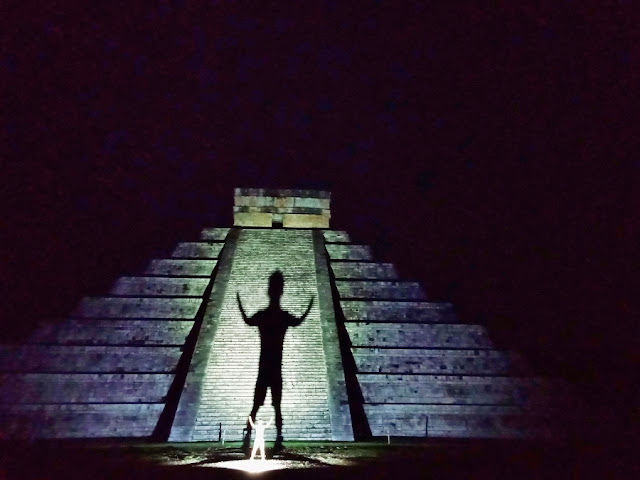 Chichen Itza was the site of the once mighty Maya empire. It was here where they’ve lived. It’s amazing how it is still standing after thousands of years. Finally, I will be able to see for myself, the very site that amazed me just by watching documentaries about it.

Our guide, Abel, met us at Mayaland Hotel and Bungalows: a luxurious hotel located right at Chichen Itza archaeological site, a sister company of the hotel where I was staying.

After a few briefing, some coffee and bread, we headed to the archaeological site via a pathway-from the hotel-surrounded by forest. This hotel has its own entrance to the site. We didn’t use the site’s main entrance.

I immediately felt the vibe of the place. You know, when you are in a new city, you immediately feel its energy; the busyness and chaos of the people? Even though there were no people that time, I felt its energy. It was once a mighty empire, a civilization in the middle of the jungle. I imagined how the Mayans, once lived in this mighty city.

As we were slowly approaching the site, a great pyramid majestically presented itself. I immediately recognized it. It is the most famous structure in Chichen Itza; Kukulcan.

We were facing Kukulcan, as Abel turned on the lights and told us to pose 1 by one as he volunteered to take our photos. It was amazing. We were facing one of the most famous sites in the world; the most visited archaeological site in Mexico, and it was just us, a total of 15 people.

The sun wasn’t up yet. While we were waiting for the sun, and to have a wonderful sunrise show, Abel took out his iPad and started explaining things, telling stories about Chichen Itza.

I was amazed how this place was built precisely in reference to the movement of the solar system. Priests/shamans and astrologers were integral part in its building.

By using a flashlight, Abel, demonstrated the effect of the sun as it hits the pyramid, forming a serpent-like shadow during equinox. 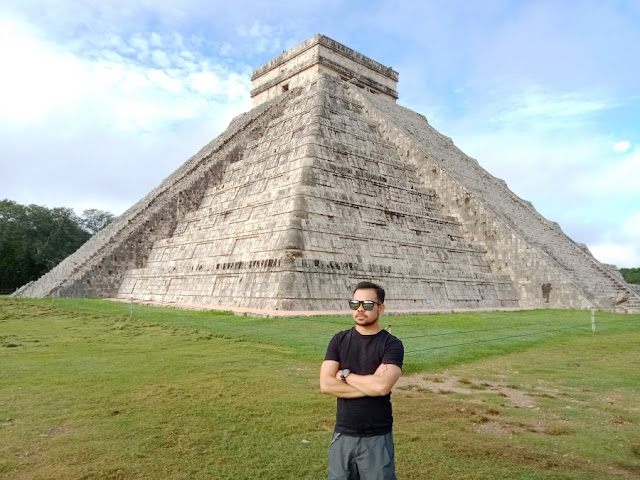 We moved to a different spot. The temple where-he said-ceremonies were held. Where the priest stood at the top most part, and according to common belief, sacrifices were done. But according to Abel, instead of sacrifices, most probably, they were healing people there. He showed us photos from his iPad; photos of the paintings found on the walls of the structure. He explained that the priests were actually healing instead of killing someone for sacrifice.

That’s the mystery of this place There are many interpretations. But, who knows? Most of the written records-the sacred books of the Mayans-were burned by the Spaniards, so historians and archaeologist just based their interpretations on the remaining paintings on walls and stones, and some artifacts.

Going to another spot, we found ourselves clapping and enjoying hearing echoes. “Imagine before when thousands of people gather here; clapping chanting, stomping, and shouting during their worships and ceremonies”, said Abel.

It was a bit disappointing that day, as it was cloudy so there was no sunrise. But hey, at least it didn’t rain. It was raining days before this tour in Cancun and Piste, so even though it was cloudy, at least we were able to explore the place without the use of umbrellas and raincoats. I’ll take that.

At the ball court, Abel produced a shout from his diaphragm and a clear echo was heard. This was where, after the ceremonies, games were held. Kind of like a basketball game or a football game were they try to shoot the ball through a tiny hole, using their bodies. 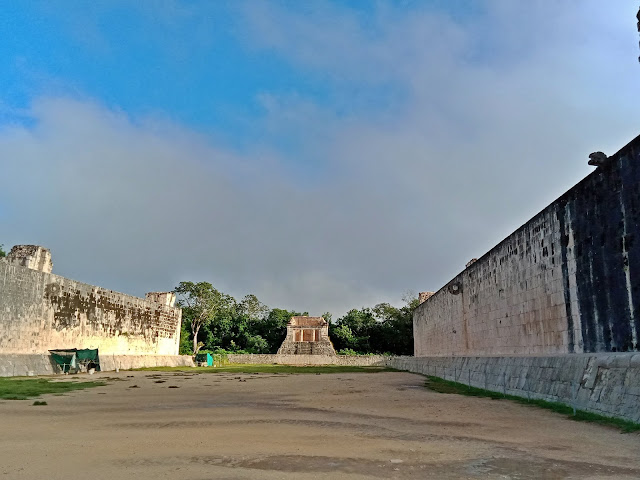 After hours of guided tour; Abel explaining things with the help of photos from his iPad, we were given free time to explore the place by ourselves. I teamed up with my new friend, Karthik N. of India. He is a captain of a ship having a business trip at Mexico and decided to do a side trip to this mysterious place.

We went around, explored, touched the old stones, took photos, and was amazed how this enormous place was built without modern tools.

We went to the nearby cenote (sink hole), where people were thrown as a sacrifice, especially in asking for rain. 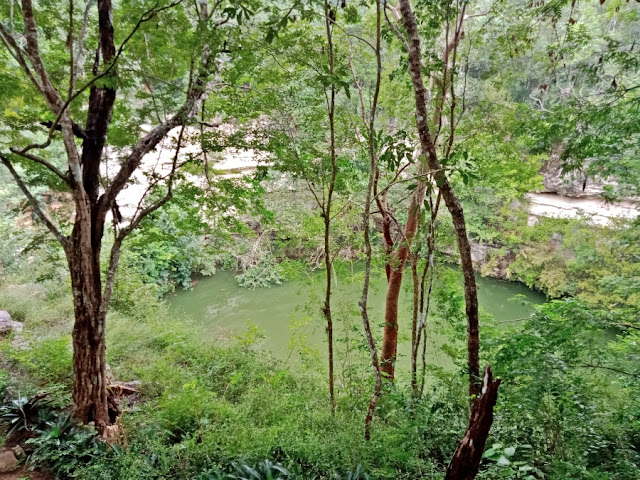 I was really amazed by the, ingenuity of the Mayans. The exact alignment of the stones; the structures’ relationship to pattern of the solar system, their durability, and its location; at a thick rainforest, where normally its hard to build a civilization.

I went back at Kukulcan and sat down. I quit taking photos, kept quiet, and just savored the moment. I once again, imagined how people in the past lived their lives in that once great city. The 15 of us were now scattered, so it was just me at that spot. It was zen. 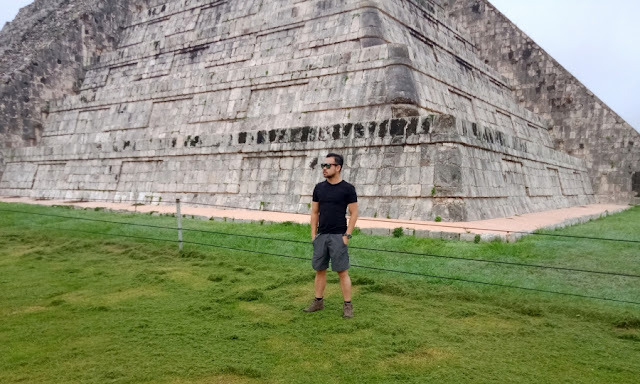 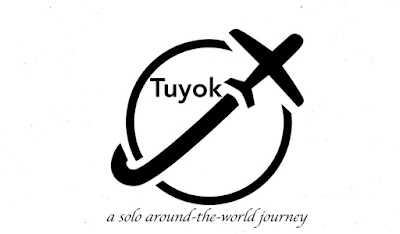