One of the countries I desperately wanted to visit during my stint here in Beijing was Japan. (The others are Mongolia, Tibet, and North Korea). So, I can’t believe when I finally landed in the Land of the Rising Sun on that hot, humid summer day of 2015. It was just a dream. And, that dream just turned into reality.

Tales about this hi-tech country that I’ve heard ever since I was young, stories-shared by my fellow travel bloggers-on the internet made me desperately wanted to visit this country. The quest to explore the unknown, to have a different experience, to be blown; these are the reasons why we travel.


I landed at Haneda Airport. I immediately had a taste of Japan experience when I went to the toilet. It was spotless. They even have Asian squat toilets-that usually terrorise Western tourists-but there, they are squeaky clean. You won’t mind a squat toilet in Japan. And don't get me started on Japanese Super Toilets/woshurettos. Then, I had a shower in a shower room at the airport-so clean it’s like having a shower in a hotel. These were the things that welcomed me to Japan. After a nice Japanese tea, I was so excited to experience more of the country, that day. 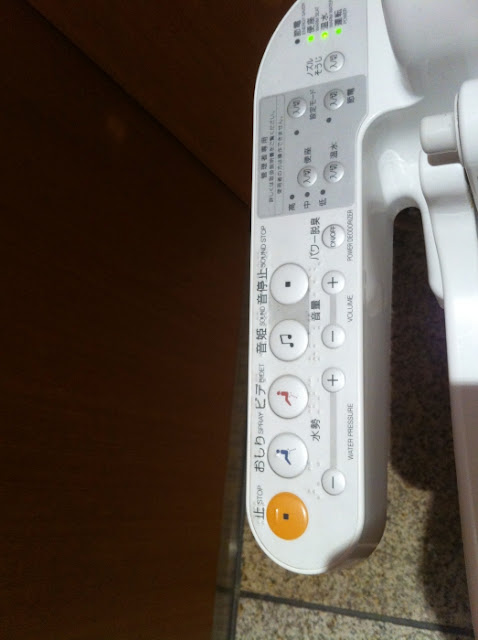 I stayed in Japan for 9 days, and was able to explore Tokyo. Tourist spots such as Odaiba, Tokyo Tower, World Trade Center Building, Sensoji Temple, Skytree, Ryougoku Sumo Hall, Edo-Tokyo Museum, Tukiji Fish Market, Ginza, Meiji Shrine. I was also able to visit Mt. Fuji in Fujoyoshida and the former capital, Kyoto and its marvelous temples, ancient streets and tea houses. Wonderful bonus: I was able to see and photograph a total of 4 Geishas.

Having been able to, at least, experience the country, I can surely say that Japan is one of the most awesome countries in the world. Every day, there was a “wow” moment. Having been to 1st world countries in Europe, like Germany, France, Norway, etc. and to the United States, I didn’t really expect to be blown. But it did happen. I was stunned, amazed and marvelled at the country.

Coming home, I had nothing but praises for Japan whenever my friends ask me how my trip was.

These are the things I love most about Japan

Japan is the cleanest country I’ve visited so far. Followed closely by Scandinavian countries, Finland, and Germany. Just imagine, in Tokyo, most public toilets at their subway stations are as clean as toilets in 5 star hotels. Streets are squeaky clean, the air, trains, hostels, everything. You can drink water straight from the tap. I even tried their public bath called sento. I didn’t worry about sanitation, hygiene, or infection. Their fish market, Tsukiji, the main bagsakan of fresh fish in Tokyo, is not odorous. There is no fish smell at all. Wow. Just wow.

2. Transportation System
With their subway/skytrain system second to none, bullet trains that run every 15 minutes, and long distance buses that would put Greyhound to shame, getting from one place to another in Japan is a breeze. It is convenient, comfortable, fast, and safe.

3. Food
I love eating udon at Japanese restaurants when I was still living in Bangkok. So you can imagine my happiness when I was in Japan, eating the real deal, stuffing my throat with udon all day everyday.

As a pesco-vegetarian, the Tsukiji Fish market was heaven. Sushi, sashimi, fresh tuna and salmon, roe, and real wasabi, (the ones you usually get outside of Japan, is colored, fake crap); So good. And since it's Japan, you can be sure of the freshness and sanitation. The integrity and standard of the people there are very high. Onigiri for breakfast? Yes, please.

4. People
The last but not the least, the main reason why I went to Japan. The people, the Japanese people. I’ve heard a lot of stories of Japanese’s kindness, discipline, integrity, ethics, efficiency, breeding and culture. Like for example, during the 2014 World Cup in Brazil, after watching their national team play, they cleaned their area of the stadium after the match.

I’ve heard stories from people, too, how their visit to Japan was made so memorable because of their encounter with the Japanese people.

I’ve experienced firsthand these things when I finally got to visit Japan. The discipline of the Japanese people is just amazing. People lining up, they don’t litter, they value quietness, efficiency, cleanliness, and respect each other’s personal space.

People there are very polite. I’ve traveled to many places in the world that has kind and polite locals, but nothing beats the politeness of the Japanese people.

Traveling solo most of the time there, I’ve encountered lots of kindness from strangers in the huge metropolitan that is Tokyo. Usually, for big cities, it’s quite rare to encounter kindness from strangers. In general, people living in the countryside are more helpful and kind. But in Tokyo, I’ve experienced strangers helping me book bus and bullet train tickets to Kyoto using their phone, going out of their way to show me directions, lending me their phones to call my friends. These are just some of the examples. How much more if you go to their countryside?

Customer service there is the best in the world. I think people there have the Disney four keys: courtesy, show, efficiency, teamwork, naturally ingrained in them when it comes to customer service or work in general.

I grew up with a negative perception regarding Japanese people. What do you expect? We are surrounded by "propaganda" movies from Hollywood (USA) usually depicting them as bad people or associating them with something negative (They were World War II enemies). Same as what they did to the Russians, too, during and after the Cold War; and, now North Koreans. Stories from my teachers in elementary and high school about World War II didn’t help either.

But upon setting foot on Japan, after my encounter with the locals there, that all changed. Travel really opens our eyes to reality and is very fatal to bigotry. I highly encourage you to visit Japan if given the opportunity.


Why Not Fly For Free

Special thanks to Anna A. for her hospitality.