A Glimpse of North Korea

In December of 2015, I was in North Korea. It was winter. It has been a great desire-a longing to be able to set foot on this hermit kingdom. It is one of the least visited countries in the world; and to be able to visit and tour some parts of the country, I felt so accomplished.

Due to its government's policies, and the media's vilification of this country, not a lot of people have been to this socialist state, or are even willing to go visit; which makes it fascinating, enigmatic, and mysterious. (I was the only Filipino tourist who was there during the time of visit).

So I am sharing some of my shots from my 5-day visit to North Korea, so you'll have a little glimpse of this country. I didn't have a DSLR, so iPhone and GoPro cameras were used. Nevertheless, photography is about the eye, so here we go. 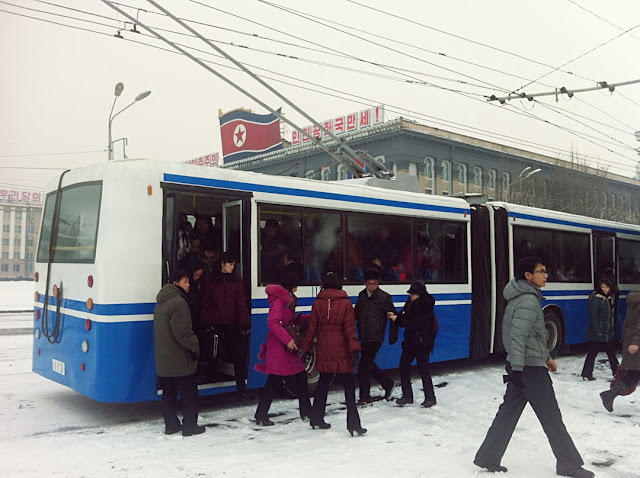 Locals using their public transpo to go to work (or so I assumed). This was taken at Kim Il Sung Square. This is the place where we usually see photos and videos of the North Korean military parade. 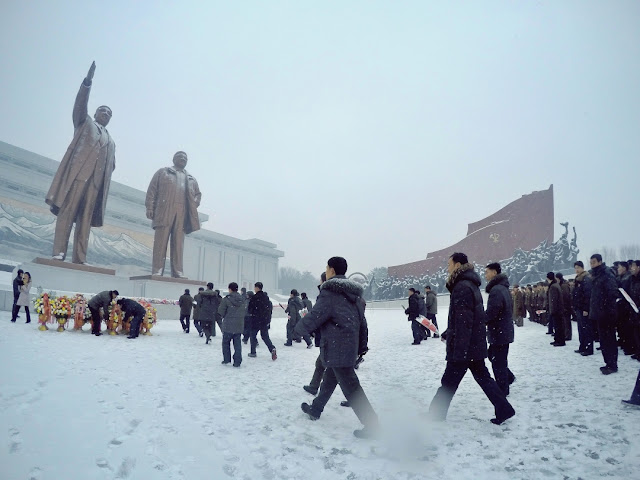 This day, we went to Mansu Hill to pay tribute to statues of Kim Il Sung and Kim Jong Il. North Korea's deceased leaders. They are 20 meters high and are made of bronze. 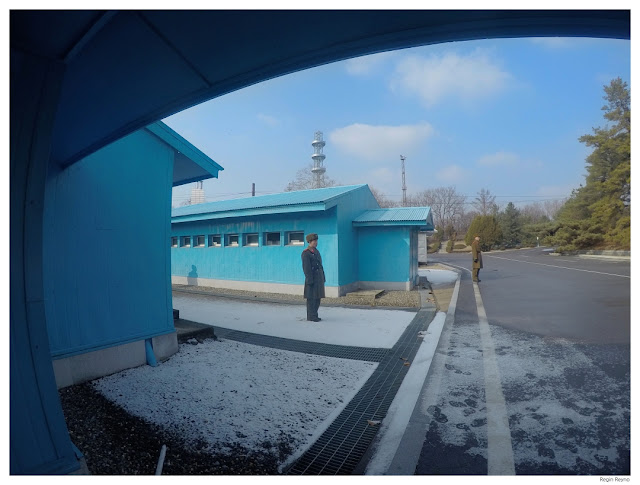 North Korean soliders stand at attention facing North Korea. Just about 1.5 meters behind them is already South Korea. This is  at the Joint Security Area at the Demilitarized Zone, where talks between the two Koreas took place. 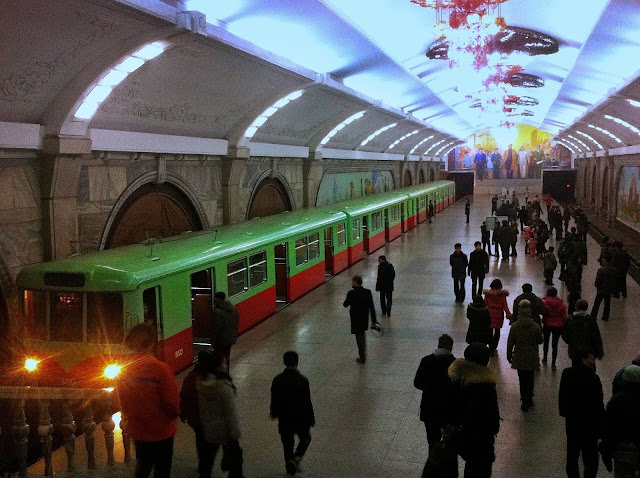 Pyongyang Metro. One of the main public transportation in the city. The trains and the station are from the Soviet era. The stations are very deep and they serve as bomb shelters, as well. 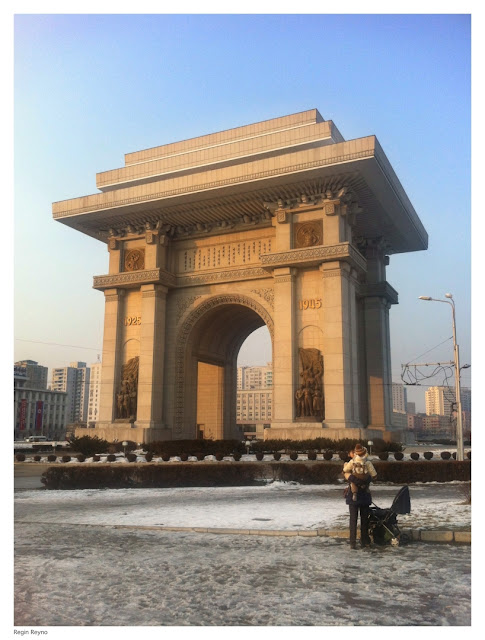 In Pyongyang, they also have an Arc of Triumph (Kaesŏnmun). This was erected to commemorate the Korean resistance to Japan. This is my 2nd Arc of Triumph visit in the world. The first one was in Vientiene, Laos. Hopefully, the next one would be in Paris.


These are my favorite shots from North Korea. I still hope I can visit again one day and be able to experience, once again, a pure socialist country.