2014 has been a very fast year for me. I just felt like this is the fastest year of my life so far. I don’t know why. Maybe because there have been lots of things to forward to-so many activities that it felt like it just zoomed past by. 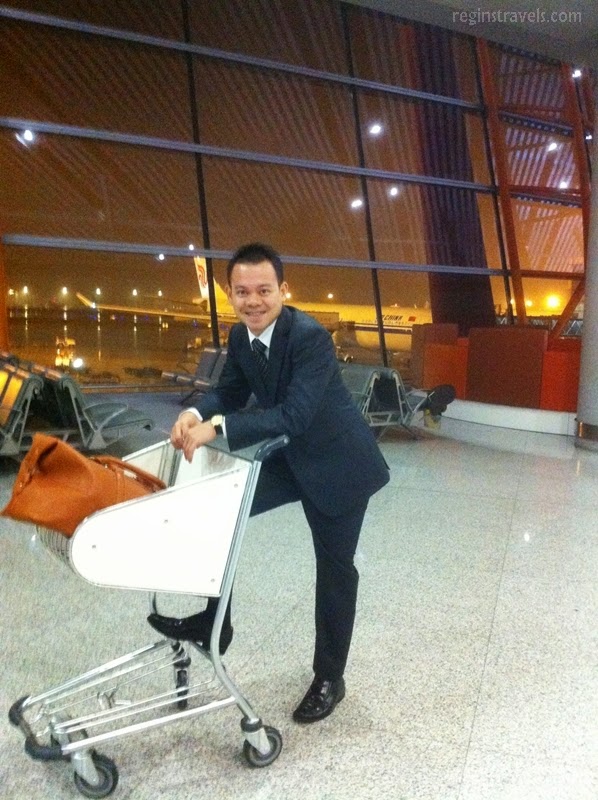 Now as we close this year, I want to pause for a moment and look back at my travels and once again give thanks to God.

Every good and perfect gift is from above, coming down from the Father of the heavenly lights, who does not change like shifting shadows. James 1:17

It has been an adventurous year. Many things happened, so many opportunities, many lessons learned, so many people encountered, and many experiences.

Cool breeze, wonderful mountainous scenery, waterfalls, friendly people, inexpensive goods and services, abundant tropical fruits-this is my favorite province in the Philippines. I had an awesome time in this beautiful province. From MVC, Central Mindanao University (CMU), Valencia, Maramag, to Quezon, I was able to once again have a relaxation with family, relatives, and friends. Ate lots of fresh tropical fruits, fresh-from-the garden vegetables, breathed fresh air, wonderful sunrise every morning, and an incredible, memorable river-trekking/hiking/magical adventure experience. 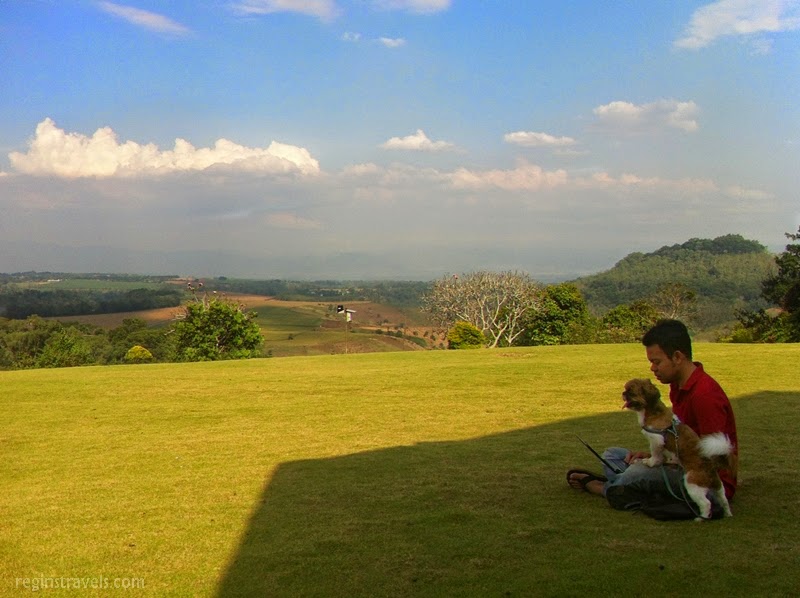 It was my 4th visit to this province. I stayed in Cebu City most of the time as was able to once again experience historical places such as Magellan’s Cross and Basílica Menor del Santo Niño, commonly known as Santo Niño Church. It was a fulfilling and educational experience-especially knowing that it is the oldest Catholic Church in the Philippines.

I also met friends and Klement batch mates, enjoyed the city’s “pungko-pungko”, Miller Sanitarium and Hospital’s soya milk and the ferry rides from and to Cagayan de Oro.

But the highlight of my Cebu trip was swimming with the whale sharks in Oslob. It was a dream-come true. It is an experience that I will forever cherish. And the town of Oslob is really amazing.

You should visit it, too. 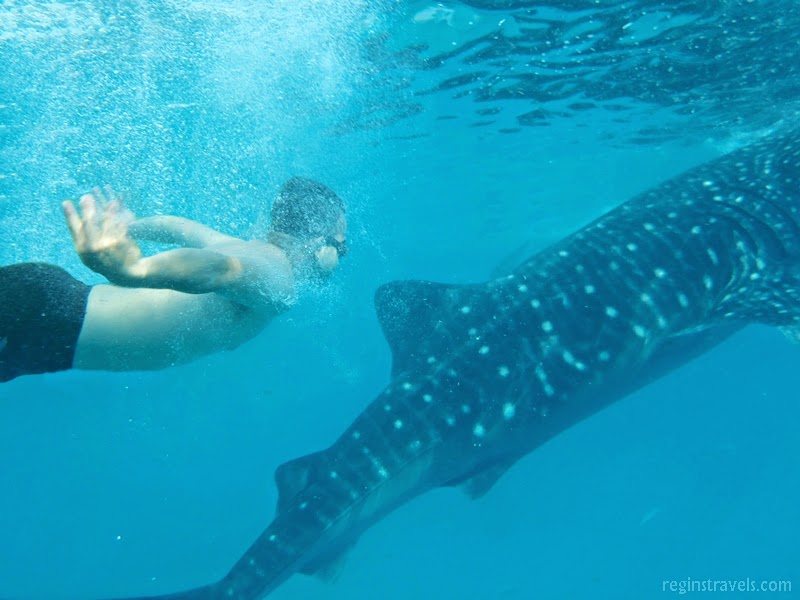 It was a relaxation in the city of Davao with my parents and nephew. We stayed in a condominium owned by MVC. Relaxing by the pool, window shopping at nearby SM, and visiting the Philippine Eagle Center-it was another fulfilling escapade. Seeing live the majestic Philippine Eagle, the largest (in terms of wingspan) and one of the most beautiful eagles in the world made me speechless. I was just learning about it before in Social Studies classes and now I was able to see it face to face. 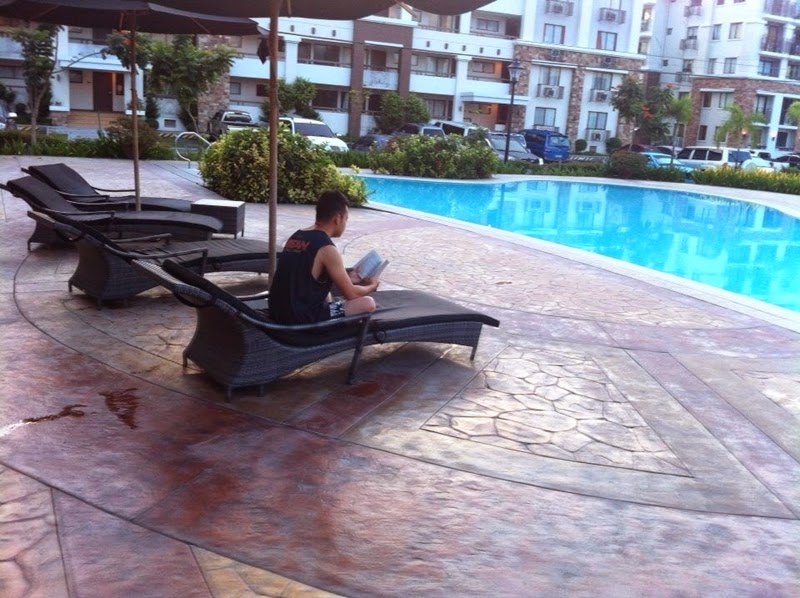 I was able to visit Polomolok, General Santos City, and Surala. We dined on the floating restaurant at Lake Sebu, and were able to experience the Seven Falls Zip Line, the highest zip line in Southeast Asia. It was spectacular, as you can see awesome rock formations, forest, and waterfalls below. We even saw a rainbow in one of the falls as we were cruising. It was magical.

We also visited and had dinner at the classy Dole Philippines Kalsangi Clubhouse. The cool temperature and manicured lawns felt like we are in the United States.

At General Santos City, I had an opportunity to visit Manny Pacquiao’s Wild Card Gym. 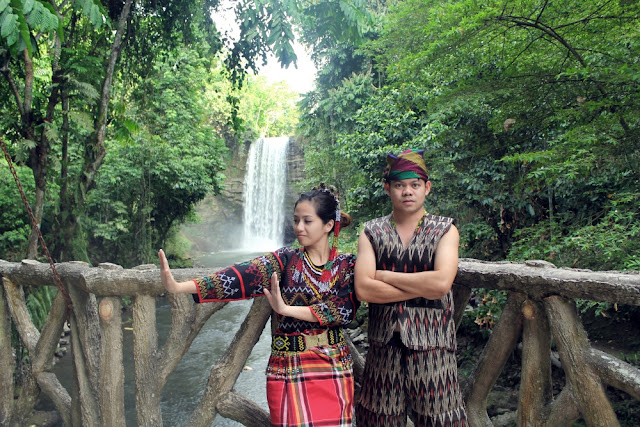 The highlight of my 2014 travels! It is indeed a great privileged to experience living in one of the world’s major city. My company paid for my medical tests, airfare, POEA, taxi, and hotel with breakfast for 3 weeks. Upon my first week of arrival, I immediately went to the Great Wall of China Badaling section. This trip is a dream-come true.

I was able to explore UNESCO World Heritage sites, as well, such as Temple of Heaven, Forbidden City, and Summer Palace. I’m hoping to explore more (Peking Man Site, Grand Canal) in the future. 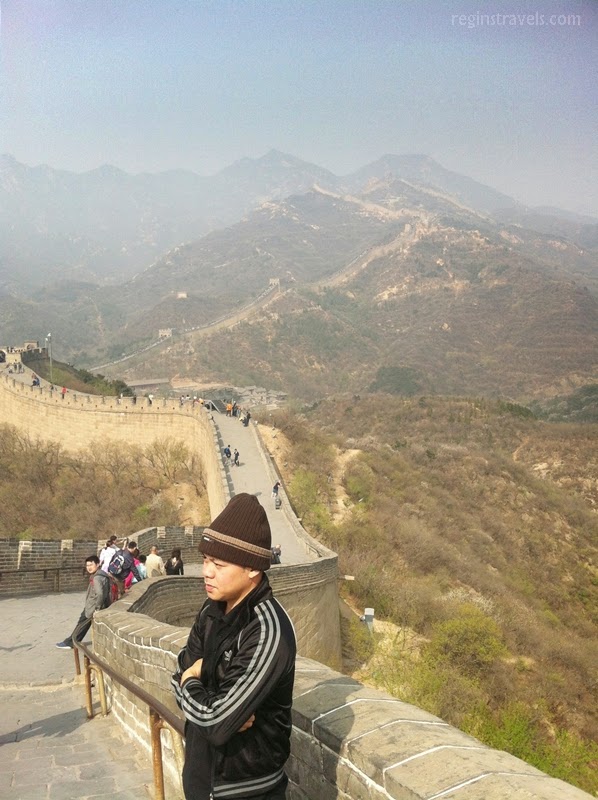 It was summer in China. And summer means beach. It was a 5-hour bus ride from capital Beijing to this beach district in the province called Hebei. It is the Communists Party of China’s summer retreat place and it is where they hold conferences. The beach was OK, but what’s important is, I was able to experience a beach in a different country (and not a tropical country). It was fun times with my colleagues. Swimming, beach volleyball, beach soccer, sunbathing, card games, kite-flying, jet skiing, and just relaxing on the beach while enjoying the view and Bohai sea air were our activities.

The bus ride itself was so much fun. We rented a bus so it was just us in the bus. It’s like a field trip. I was able to experience the wonderful Northern China scenery, too, along the way. 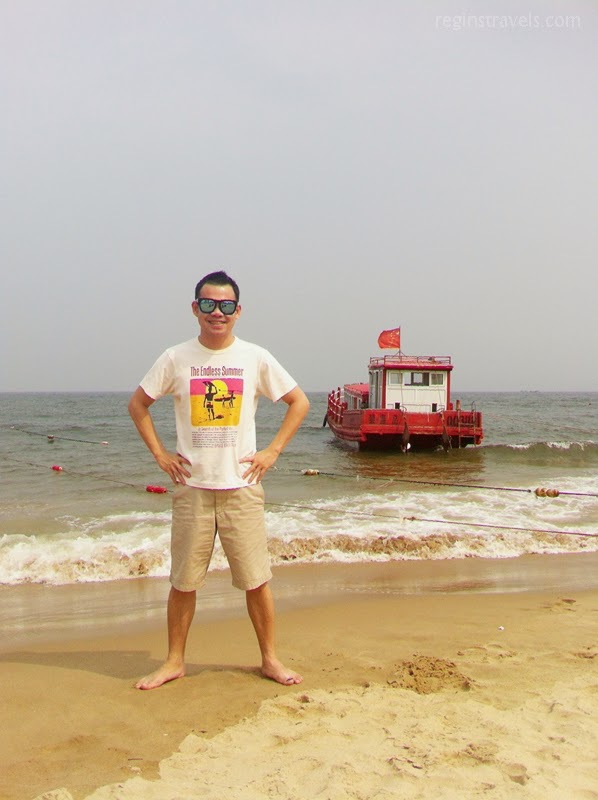 The Bund, the Pearl Oriental Tower, Jinmao tower, Lujiazui skyline, Huangpu River, cafes, restaurants-a visit in this area at night is a must.

Walking along the Huangpu River, riding the ferry, dining with the awesome lights and skyscrapers as our view, plus the gentle summer wind making the high summer humidity bearable-it was indeed memorable. I would say that Shanghai is one of Asia’s most romantic cities.

I took China’s bullet train from Shanghai to Beijing. It was my second time to experience a bullet train (The first one was Germany's ICE).  It is indeed, a world class train. It was one of the most comfortable rides of my life. (You can hardly feel any movement). 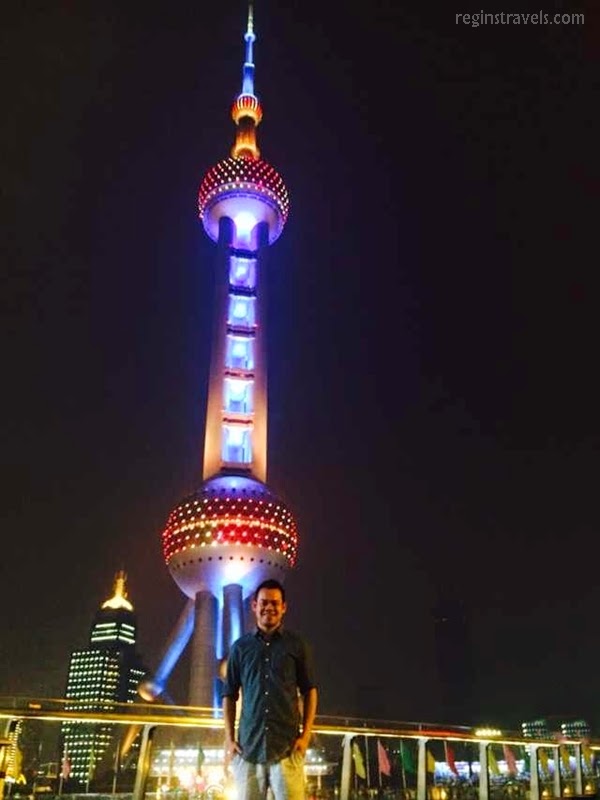 I took a 2-hour Cathay Pacific/Dragon Air flight from Beijing to this former British colony.  It was a great opportunity for me to once again step on a foreign land.

Dubbed as the “Happiest Place on Earth”, we really enjoyed Disneyland-especially as huge Disney fans. The Disney in the Stars (fireworks display above Sleeping beauty castle) is one of my best magical experiences. 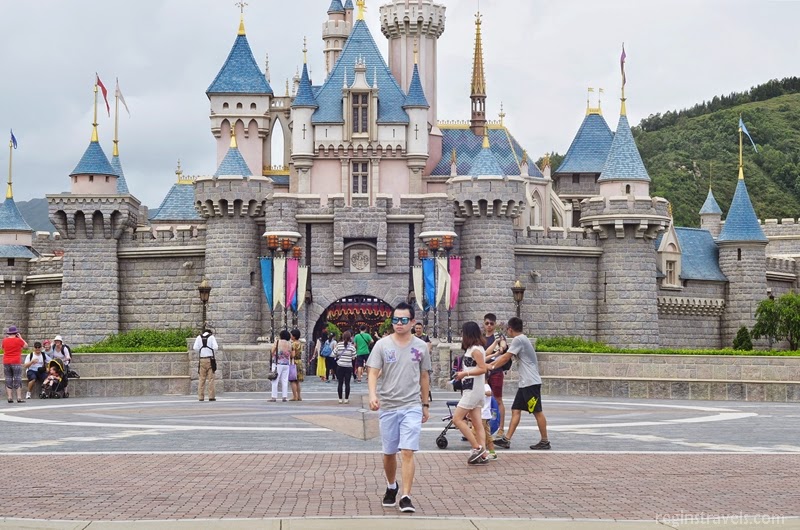 We took the ferry from Hong Kong to this former Portuguese colony. It was a rough morning ride. We explored various casinos/resorts, and the UNESCO World Heritage Historic Centre of Macao. I was really amazed by the beauty, elegance, and engineering of The Venetian Macao.

Going back to Hong Kong, we enjoyed the Ferry ride especially seeing the city lights of Macau from afar and the sea was calmer this time. 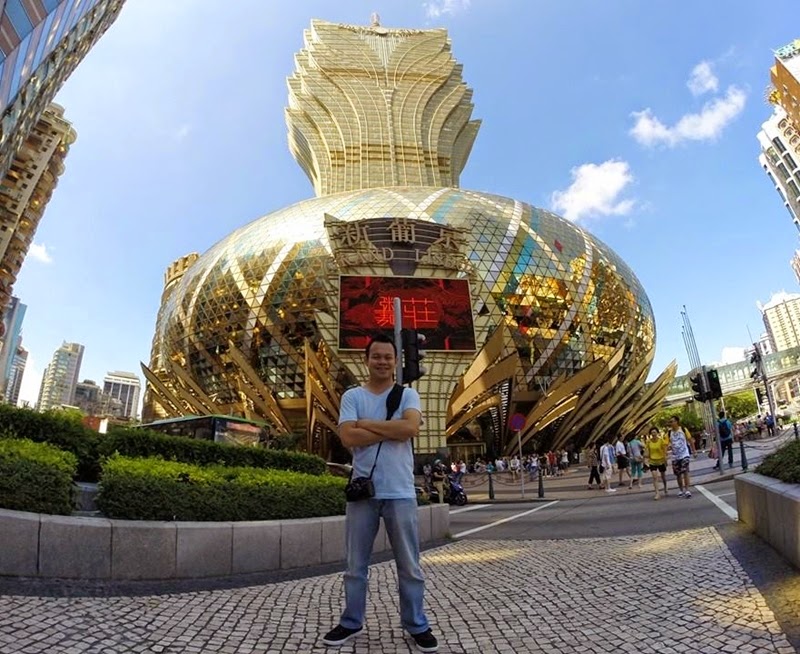 Endless grassland, scorching dessert, flocks of sheep, cattle, Mongolian horses, yurts/gers, lake, mud and straw houses, cold air, milk tea, sunrise, culture, culture, culture, did I say culture? This was a rare experience where a lot of things are not the same as in my country or some other common travel destinations. It felt like I was is a different planet. I was just seeing this in books and travel documentaries before, but then, I was able to walk and actually experience what it is like to be in a vast grassland and steppe, with more sheep and cattle than people. It was a life-changing, educational, mind-opening travel experience. This is an example of destinations that make me more travel-fulfilled.

We also rode camel in the Kubuqi desert. It was my first time to be in a desert. I trekked for quite a distance, played ultimate (Frisbee), and had some desert sand sliding activities. 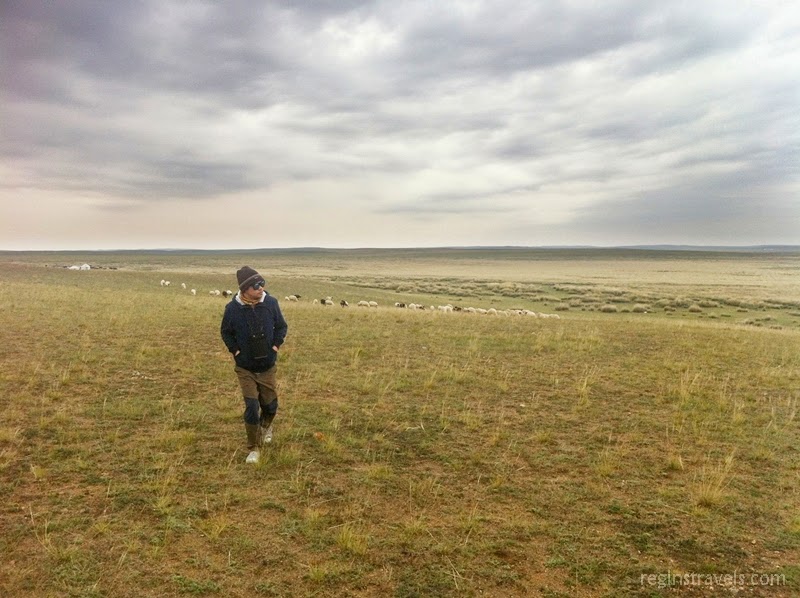 It was a 7-hour ride aboard Air China from Beijing to Delhi. From the booming capital Delhi, to the charming and historical Jaipur to the marble and red sandstone buildings of Agra, I toured India in an air-conditioned private car. I have been backpacking most of the time, but this time I tried a travel agency private tour. It was a luxurious but not-so-expensive tour. 4-star hotels, buffet breakfasts, on-call private driver, personal guides in each monument-it was a relaxing, convenient, and secure travel. I did this because I have so little time and I want to maximize my time in India. Glampacking is not so bad after all.

I recommend this travel agency if you want to explore India. www.exploreindiatrips.com. Look for driver Bishnu, and don’t forget generously tip him. 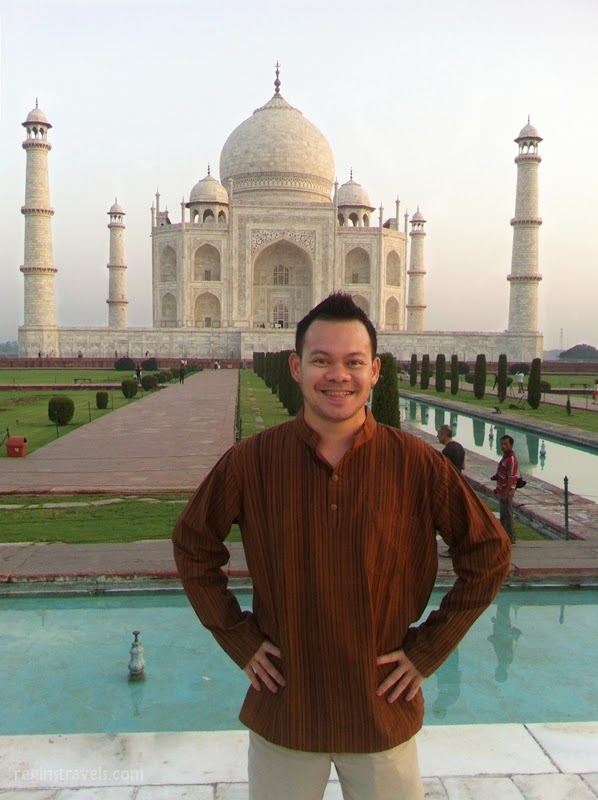 One of China’s most important mountains, this 1,508 meters above sea level-mountain is where the emperors of ancient China trekked to worship. It is one of the important sites of Taoism and Buddhism in China. Lots of temple can be found along the way and on top.

It has been a long time since I’ve trekked a mountain. My last one before this was Mt. Cristobal in Quezon, Philippines. That was in November 2004. So after ten years I again scaled and conquer a mountain. I was with my friends from Isabela, Philippines. It took us almost 6 hours to reach the top. We spent the night at the peak.

We took a bullet train from Beijing to Shandong, the province where Mt. Tai is located. It was a bonding moment with friends. Chatting while eating noodles and sipping tea with wonderful scenery from the train’s restaurant window. 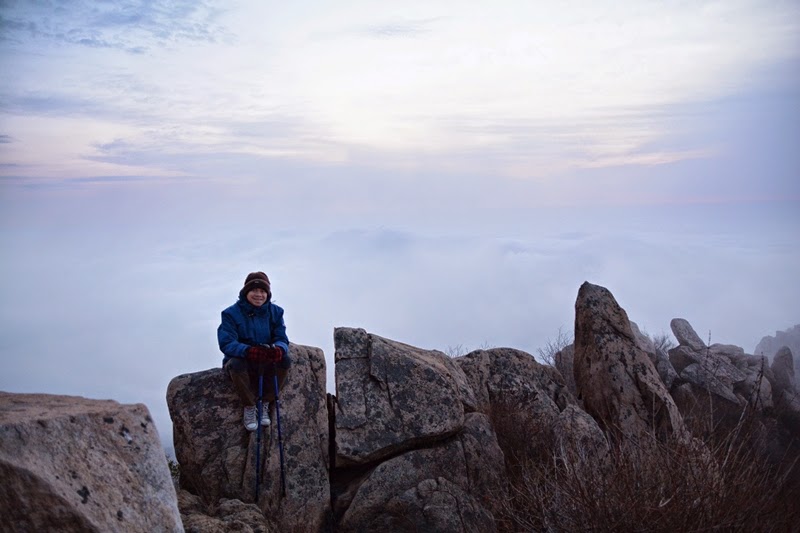 An all-expense paid trip to the remote, mountainous Yanan in Shaanxi province. It was a Volunteer event sponsored by my company to teach English to rural kids, play basketball with high school students, and distribute Christmas gifts-as part of its volunteer program and community service. It was an eye opening experience for me. I was able to witness life in rural China. I marveled at the cave houses (Yaodong) of the people there.

We were housed in a 4-star hotel with buffet meals, and Hainan Airlines as our plane. It was a great feeling to be able to touch other people’s lives and at the same time being able to travel for free. 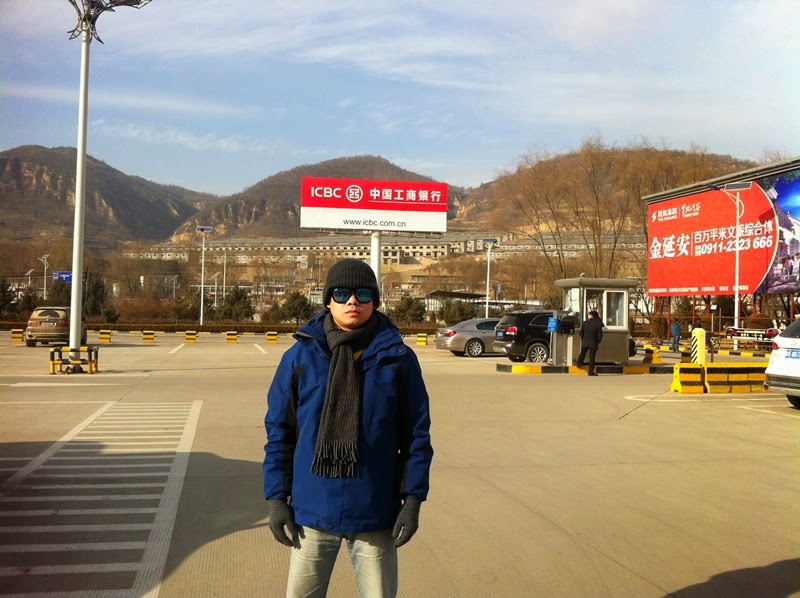 A 1-hour drive from capital Beijing, this county is a respite from the city’s not-so-clean air and busy lifestyle. Mountains, wonderful winter scenery, fresh air, sunshine, snow, and not-so-common sports experience. I was able to relax with my parents and went skiing with my brother. It was so awesome.

What better way to wrap up the year! 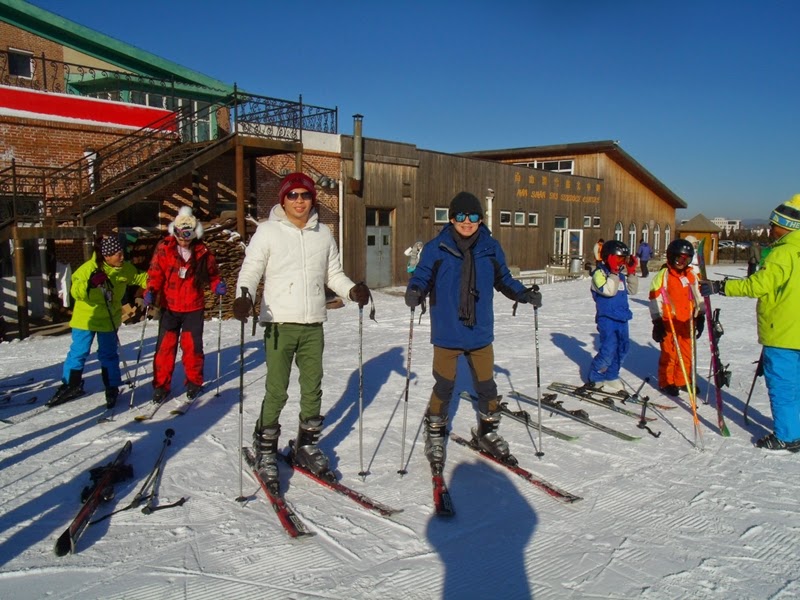 That ends the year 2014. Praise God from whom all blessings flow.